Submarines were conceived to sink surface vessels with secrecy and stealth, this gives a physiological advantage to the submarines those on the ship would never know who sank their vessel. From the Turtle to the present day Virginia and Yasen, submarines have changed the way naval warfare was fought and this article will give an insight about the tactics used by the submariners in wars fought by these submarines.

By world war 2, advancements in battery technology allowed submarines to stay submerged for hours at a stretch and maybe a day if used properly. The Germans were building large numbers of U-boats both Type VIII and Type X which had very good submerged performance and were wreaking havoc on allied convoys in the Atlantic. This battle was named as the battle of Atlantic in which the Germans tried to starve UK the last allied bastion in western Europe and the US tried to help em with supplies. The question is, how did the Germans become so successful ? what tactics did they use ? and how did the allies turn the tides to end the so called Happy times for the U-Boats? This article will answer all of these questions and will give info about how submariners wage war against their counterparts on surface vessels. 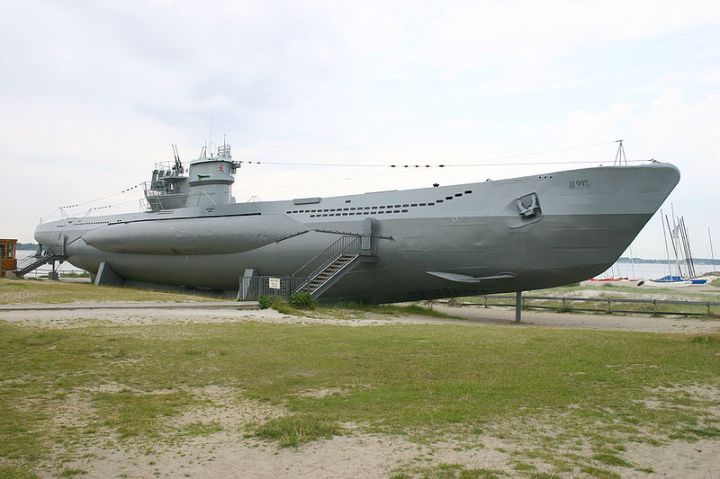 During the first world war, the allies defeated the threat of U-Boats by starting the convoy system in which several vessels were grouped with warships which would provide protection to the convoy. This meant that the U-Boats wont be able to find isolated targets and would end up being sunk by the escorts if they engaged a convoy. To counter this Karl Donitz formulated a tactic famously known as the “Wolfpack” in which several U-Boats would attack a convoy in a pre-planned manner. It derives its name from the way a pack of wolves attack a herd of prey, separate the weak from the herd and kill em.

Like fighter jocks, sub skippers showed off their kills by painting the tonnage they had sunk on their sails, U-48 was by far the most successful U-Boat as she sank over 55 ships.

At the start each sub would be given a patrol area where it would search for convoys. Once spotted, it would radio its location to naval submarine command where they would start the procedure of getting other U-Boats at designated places to start the attack. Until then, this sub known as the ‘Shadower‘. The shadower would remain out of the visible range of the convoy, often submerging by day and traveling on the surface by night. It would maintain contact until enough U-Boats had converged on the convoy. When the order for attack was given, all subs would move in to attack. Their skippers were free to use the tactics they wished. Some killed ships at long ranges whereas others preferred point blank range.

The attacks usually started at dusk which meant it was difficult to spot the U-Boats from the vessels and end when the sunrise was complete. Such attacks could last for days, and the number of U-Boats would increase steadily thus increasing the complexity of  the situation. If a U-Boat was spotted, an escort would generally go behind it but another U-Boat would start her attack at some other place which further added to the confusion. The only defense the vessels had was shooting star shells to light up the sky and kill the U-Boats using guns which was pretty difficult. This meant that several convoys were simply annihilated by continuous attacks. In the case of convoys HX-79 and SC-7, several days of attacks meant that 34 ships had been lost with several more damaged.

A U-Boat skipper and his first officer watch a merchant vessel going down which they had attacked.

A Liberty ship,  an ideal target for the U-Boats.

The allies countered this by adding new sonars, developing weapons like depth charged and hedgehogs which are still in use in some form or the other. Later in the war, advent of escort carriers meant that shadowers could be sunk when spotted which inturn  didnt allow the wolfpack to form. They also started using B-24s to bomb submarines on surface and newer radars to spot U-Boats at night and sink em when they were most vulnerable.

Over all this meant that the Germans were losing the war at sea as the allies started using their technological superiority. Germans then turned to newer boats like Type XXI which was designed for entirely submerged running thanks to its snorkel. It was way better than its predecessors in all aspects but only 2-4 were battle ready when Germany surrendered to the allies. The allies developed their own submarine technology by inspecting and reverse engineering the captured German technology.

USS Guadalcanal, an escort carrier used for ASW ops in North Atlantic against the U-Boats. If you notice, the carrier has a dazzle pattern to confuse submarine periscope as spotting it at long ranges it difficult.

After the war, the Soviets literally adopted the German strategy and took it to a next level. They started with developing attack boats like the Hotel class and SSGNs like the Echo class to sink surface vessels and block sea lanes of communications in the Atlantic just like the Germans did but with nuclear powered subs which didnt need to surface, this made em very deadly. The allies countered this by developing even better sonars and torpedoes which could be launched off ships and aircraft to sink submarines. Still submarines of both sides trailed major surface combatants and missile subs of the other during the heights of cold war.

The question remains, how does a submarine detect a ship? It sounds simple but is very complicated. A basic rule for sonar based detection is that the speed of the sonar platform is inversely proportional to  its sensitivity. Thus detection and counter-detection are nearly impossible at high speeds and usually occur at very low speeds of 4-5knots. The ocean has areas called  convergence zones at regular intervals where, sound which is too weak to be heard outside the zone can be heard due to different water properties in that area. A sub skipper would love to be in such a zone where he would hear sounds from very long distances. Thus a sub slowly drifts in the water hearing for other vessels which may be a surface vessel or a sub  while searching for such a zone.

A surface vessel will have sounds of its prop and those of its engine ie either gas turbine or diesels which will make it stand out over submerged subs which have prop and reactor pump noise in case of nuclear powered ones and props in case of conventional ones. Once acquired, the skipper will get the ships bearing and move his sub to get a better acoustic picture. If there are multiple vessels or a flotilla of warships he might maneuver into the flotilla to record the signature of each vessel separately for analysis and identification. 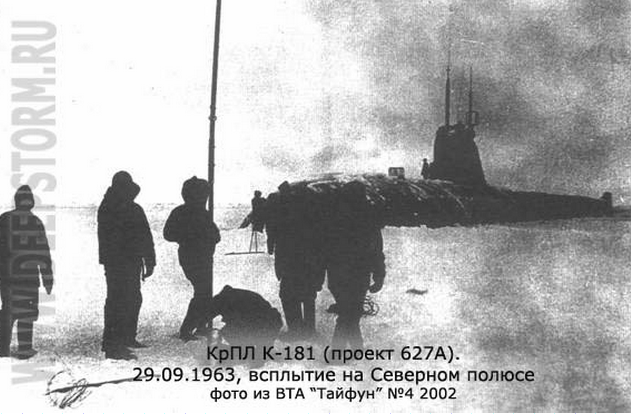 Here is a story of a Soviet sub skipper and his boat the K-181 who was ordered to trail an un-identified CBG which was going to enter the Atlantic through the Gibraltar. As the November class SSN was closing onto the last known location, she started getting low frequency sounds of the CBG’s vessels. The skipper slowed his sub down to the lowest speed needed for adequate steering and started listening to the sounds. He would then use the well known tactic of sprint and drift, and went right between the two escorts to get near the carrier. He then came to the periscope depth to confirm the carrier’s identity which turned out to be Saratoga , she was accompanied by cruiser Cleveland and  four frigates. He used radar and radios only when the Americans did and thus hid his electronic signature.He always stayed below the carrier to hide his own acoustic signature under that of the carrier which was massive thanks to its multiple screws and massive engines. He stayed with the group for few days, clicking pictures and monitoring exercises which gave a much needed insight about USN’s tactics.

NATO allies on the other hand, kept developing their ASW over the years which included more advanced and quieter submarines. They fielded several types ASW assets like Type 22  ASW frigates of the RN, P-3 Orion and Nimrod ASW aircraft and submarines like Sturgeons and Los Angeles. The allies developed quieter submarines than the Soviets for most of the period of the Cold War except near the end when the Soviets came up with Akulas which were better than the comparable Los Angeles in all aspects. Americans developed the Seawolf as a direct response for this sub which was cancelled due to post cold war budget cuts. Still, the newer gen Virginias from USA, Astutes from the UK represent the cream of  world’s SSN fleet whereas the Russians have started fielding the Yasen class, essentially a Cold War era SSN whose construction was suspended due to lack of funds, but was completed only recently reportedly with new tech. It is to be seen how good is it against the Astute and Virginia.

Submarine warfare is a tough task and requires a lot of skill as you have to avoid ASW assets while concentrating on completing your mission. Many claim that due to ASW capabilities of today’s navies, submarine warfare has become very tough but time and again we get to see images of capital ships operated by the west and east through the periscopes of SSKs and SSNs thus showing their vulnerability to well trained submarine crews in a capable submarine.

Here is Baku seen through the periscope of an unidentified American submarine.