The Indian MMRCA competition was essentially killed when the Indian MoD (Ministry of Defense) requested for direct sales of 36 Rafale built at Dassault’s facilities in France. In September of 2016, nearly a decade and a half after the requirement for a new fighter was put up, the deal for 36 off the shelf jets was inked costing $8.75 billion. The deliveries would begin within 36 months of the signing. The deal took nearly a year for negotiations as India wanted a reduction in cost with 50% offset meaning nearly $4.35 billion will be reinvested in Indian defense programmes.

This deal is done and dusted but the IAF isn’t getting what it wanted. It had projected a requirement for 126 fighters followed by a clearance to buy 189. This number would fill the ranks of around 10 squadrons but what they are getting is enough for just 2. The situation is worsened by the continual retirements of Floggers and Fishbeds. These 36 jets are nothing but a bucket of water when the requirement is to fill a small swimming pool. The IAF and the MoD thus have started multiple programmes to make up for this shortfall, here is a list of these programs.

Nothing beats the capability of producing as many fighters as you want domestically without going through the complex procedures of tenders and foreign military sales. Indians had originally ordered 40 Tejas Mk1 forming 2 squadrons of the locally developed light fighter. The lack of deliveries thanks to the ever delayed MMRCA and its cancellation coupled with a push for buying domestically developed and built stuff under Make in India prompted the Indian MoD to place orders for 83 Tejas Mk1A in November 2016.

Tejas Mk1A was a dark horse in the race to fruition. Original plans were to develop Mk2 with the GE F414 engine and a comprehensive upgrade of avionics. The scope of the project made sure that this jet might not see fruition by the mid 2020s by India’s track record. A smaller upgrade was thus proposed. It brought in Elta EL/M 2052 AESA radar, a stop gap until the locally developed Uttam is deemed ready for service. Podded EW system, Cobham’s mid-air refuelling probe and ergonomic improvements are also present on the list of upgrads. HAL aims at reducing the weight by 1/6th which will help improve range, payload and agility. HAL is trying to be aggressive with this variant as they have promised induction in the early 2020s with flight trials starting from 2019.

The under development Uttam (Credits-On the pic)

Here are our other India related articles: The Indian MMRCA Saga

India’s then defense minister had hinted towards procuring a single engine fighter along side Rafale for effectively replacing ageing Floggers and Fishbeds. It was expected to be a mini-MMRCA from the onset as one of the primary requirements is domestic manufacturing and assembly for 200-250 fighters. It pits the Viper against the Gripen, the only single engine multirole fighters in production. Let us analyse the pitches made by their manufacturers.

Yes, you read it right the Block number on offer has been changed from Block 60 for the MMRCA to Block 70 with the same tag that it would be the best variant of F-16 if procured. The fighter will have the AN/APG-83 AESA radar also called Scalable Agile Beam Radar a.k.a. SABR. This radar has been specifically designed for easy refit of existing F-16s and has been chosen by Taiwan and Singapore for their Vipers, the USAF has procured a few for evaluation. It brings in features from and commonality with radars on F-22 and F-35 thus giving the venerable Viper a big leap in its capabilities. The radar is rumoured to offer a maximum range of 1.5-2 times that of AN/APG-68V9 which is roughly 300kms, the true range is classified.

This pitch like the previous one promises India to be one of the very few active producers of spares for a global fleet of few thousand active Vipers. Lockheed Martin has established production lines in South Korea and Turkey which gives them good experience of such partnerships. These advantages don’t hide the disadvantages of the platform. The F-16V could be the last major upgrade the platform receives as a general draw down in active numbers is expected due to arrival of 5th gen fighters, thus reducing the market. Also, will the US administration allow complete access to the tech which keeps the Viper at its best? and keep itself away from instructing the Indians how they use their Vipers if procured?

Parties signing the deal for making F-16 in India at Paris Air Show 2017.

Not to sound all negative about the Viper which is a potent and proven design and is active in most of today’s ongoing conflicts. It has dropped tonnes of ordnance on targets and scored air to air kills for its operators thus keeping their interests safe. It has formed a bench mark for a single engine fighter which is very tough to achieve and supersede. Lockheed Martin signed a deal with TATA for producing F-16s in India as it intends to produce the F-35 at the facilities which churn out Vipers. This move intends to appease the US government by keeping American jobs safe while being a preemptive step for making the Viper more lucrative.

One must agree that the advantage is with the Gripen as it was close to the shortlisted Euro-canards in terms of performance points. It is powered by a derivative of Tejas’ engine, shares weapons with Rafale which helps in driving down operational costs further. SAAB also bagged the deal for local production of Gripen E/F in Brazil which means it can flaunt it as the basis for future partnerships. Sweden doesn’t like to use the weapons it sells as political tools which further strengthens the case of Gripen even though F-16’s curves have shifted my support to its side.

SAAB also offers seamless partnership for Gripen operations in India along with the following perks. They offer partnership in developing Tejas and AMCA, using Indian partners from the onset in manufacturing Indian airframes at its facilities followed by a local facility for domestic production. SAAB offers partnership in the new GaN AESA technology which Indian Gripens might sport in the future as the interim ones will have the Raven AESA radar capable of detecting fighter sized targets at 150 kms and beyond.

Gripen E on its first flight.

Gripen is still relatively new on the block and not as proven as the Viper. The Indian order could very well exceed the total numbers of this type in service. Indians wouldn’t be able to bank into a tonne of existing procedures and tactics which have been validated for the Viper and modified by different operators (even though the IAF developed most of its tactics in isolation and these tactics have held their own against potent adversaries). Gripen E flew for the first time on 15th of June 2017 which means a lot of validation is still left as it features a lot of changes over the C/D variants.

Both fighters have their pros and cons. While one brings in a tonne of proven tech but is showing its age while the other is new and revolutionary but yet to be proven. We will leave it for those with impressive shoulder boards in the IAF to decide which fighter is better.

Interestingly, the Single Engine fighter competition was cancelled months after I posted this article. The MoD opined that they were limiting their options for no reason. The IAF was thus instructed to look at a wider variety of fighters to avoid potential scandals in the limited number of options.

Like the single engine fighter competition, this one was also hinted by the then defense minister, however it would only be held once the deal for the single engine fighter is sealed. This competition could possibly bring in 90-120 fighters thus making up for the original MMRCA. Technically this competition has the remaining 4 participants of the original MMRCA but since the defense minister made it clear that the deal would involve strategic partnerships only Dassault and Boeing have offered additional offerings while Eurofighter GmbH and Mikoyan have kept quiet about this. I am going to talk about the offerings in conjunction with the deal for naval fighters.

Note: Both manufacturers claim that their fighters can fly off ski-jumps.

In this competition Dassault gets a very easy headstart as they have 36 jets of the same type marked for delivery to the IAF. This might help tilt the decision in their favour as it would not be a smart move to purchase another type of aircraft in the already complicated IAF fighter fleet. Compared to the Super Hornet, Rafale is a much better platform as it is both newer and more capable although it lacks an equivalent for the E/A-18G Growler.

Indian navy is looking for 57 fighters in the international market which would fly off its flat tops. They haven’t specified what configuration i.e. whether the fighter will fly off ski-jumps or use catapults for hauling ordnance off the deck. Thus it is still an open bracket. The Indian navy issued an RFI and out of the options Rafale is certainly the most potent (not considering the F-35C). Procuring Rafale would allow the navy to tap into existing IAF infrastructure, a point Dassault intends to use when it pitches both variants at the end of 2017 during negotiations. Let’s hope both the Indian MoD and Dassault stay clear of points which can create deadlocks like the MMRCA.

The main advantage of procuring the Super Bug is that the same aircraft can fly off a deck (either a catapult of ski-jump as Boeing claims) while performing CTOL ops from a standard base the very next day. Unlike Rafale and Rafale-M which sport some differences, Boeing will offer the same aircraft for both the programs and has responded to the naval RFI as well. 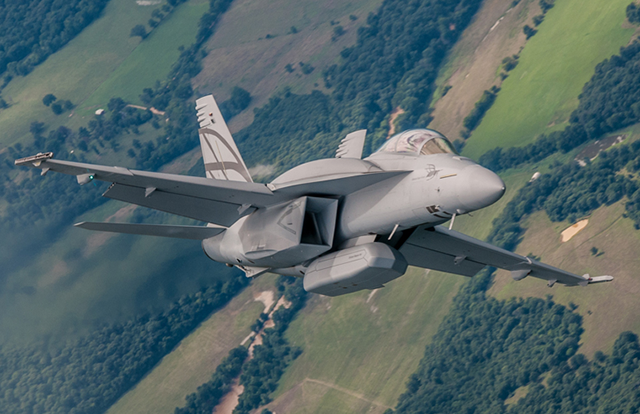 For making their pitch more lucrative, they offer seamless integration of technology into the AMCA as and when it takes physical form thus forming a step by step increment in capabilities for the IAF from Super Bug to Advanced Super Bug to the AMCA. The pitch includes using uprated GE F414s for the AMCA which will improve commonality with the Bugs and Tejas. Being an American fighter adds the same political cons the Viper will face and even though USN plans for keeping their Hornets for a considerable time and the upgrade potential might not be as limited as the Viper but it is still an old design. On a side note, a USN Super Bug shot down a Syrian Su-22 marking the first air to air kill of the type. With the cancellation of Single Engine Fighter competition, both the competitions mentioned in this article will be combined to select a single new fighter.

Procurement of second hand MiG-29Ns from Malaysia is rumoured, they might either be used for spares or active fleet post UPG upgrade.

Retired Jaguar airframes could also be bought for spares if some sources are to be trusted.

With the cancellation of the Single Engine fighter, this and the future Twin Engine fighter competition now stand combined. The MMRCA V2.0 will now select a new fighter to replace ageing MiGs and infuse some fresh tech into the IAF squadrons alongside the small number of Rafales. Let us hope the V2.0 doesn’t fail like the original MMRCA. It is being said that the Indian navy’s competition for a new naval fighter will be closely linked to the Indian air force’s as interoperatability is a priority. Let us hope the fleet selection is thought after and not hodge-podge like the IAF has historically done.

Our previous articles about MMRCA and Tejas

4 thoughts on “Aftermath of Indian MMRCA”