At the moment, the Indian Navy has arguably one of the best fighters in the region operating from its sole carrier INS Vikramaditya. Within a couple of years, the new INS Vikrant also featuring MiG-29Ks. The future of Indian naval aviation is uncertain as they don’t want to purchase more Naval Fulcrums for future carriers. They want an entirely new type to fly off the future decks. This future fighter can either be a flagship which will maintain India’s naval aviation supremacy for decades or need a replacement in a single decade. This replacement will be motivated by proliferation of 5th gen fighters in the armed forces of India’s adversaries. Let us now analyse what factors create this conundrum at hand and potential way outs.

Role of Carrier based Naval Aviation

Carrier fighters have the following jobs entrusted upon them

For carrying out these roles, the fighter will have to deal with local air defense systems either naval or land based and enemy aviation. Enemy aviation plays a significant role as a new generation of fighters is being introduced. The so called 5th generation of fighters offer low visibility towards radars & sensor fusion. It allows them to combine data from onboard or friendly assets to build a better picture of the battlefield at hand. It is a huge advantage for battle planners and naval aviation must be able to hold its own against such threats.

As of now, only the USN and USMC operate 5th gen fighters i.e. F-35C and F-35B from their respective CVNs or LHAs & LHDs. Looking at the cordial relationship between India and the US, we might find these types flying along side Indian ones incase of a misadventure instead of against them. The big question mark is China. They have atleast two 5th gen fighters flying that we know of. The J-20 is a massive interceptor/interdictor which has VLO shaping to reduce its radar returns. It won’t be a major threat to naval aviation unless China deploys some in the Indian oceanic region. The second type has been on the back burner but has shown spikes of activity in the past year. The J-31 is the type for the Indians to be vary of, here are two reasons for it. 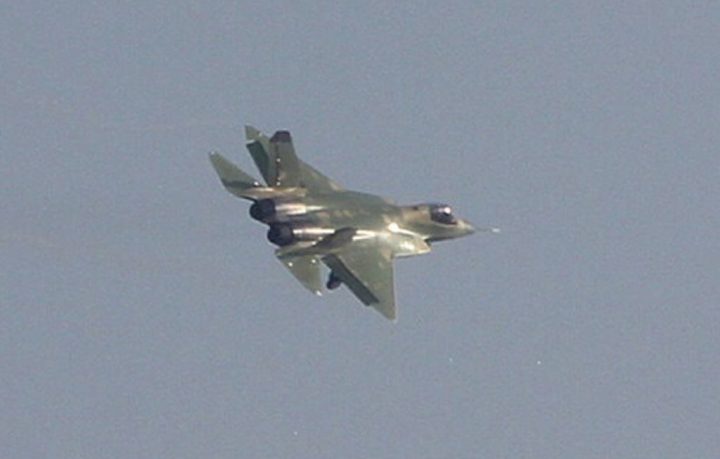 Then there is the threat of middle eastern countries which have historically aligned with India’s adversaries. With their black gold filled coffers, they can afford about anything from 5th gen to cutting edge 4th gen. Similar to the Chinese, the Turks and the Indonesians are also developing 5th gen fighters which can proliferate. There is also a very small chance of a naval Su-57 ending up with China or some other adversary. MiG-29Ks are very modern and can hold their own against any present gen fighters but not so much against 5th gen types.

In India’s case, the naval aviation operates most of the time in an area where the mighty Indian Air Force can deploy long range Su-30MKIs to support the MiG-29Ks against any misadventure. Thus it is okay for them to not field the absolute best when operating within the bubble where IAF can back them up. This question arises in places where IAF needs some strips and bases secured before they can move in. The MiG-29Ks would be the tip of the spear and the proliferation of 5th gen type will blunt it considerably.

So what choices do the Indians have? Here is the list of potential options. This section is what causes the confusion for the Indians. Either procure something that is flying off the decks now and stick to it for another 25 years while it might be declared obsolete within 10 years. Or, go for something radical under development which has some or the other issues associated with it.

In my previous piece about Aftermath of Indian MMRCA, we discussed about the possibility of Indians getting F/A-18E/F Block IIIs or Rafale-M for the future carriers. You can checkout that article for more info about those two. In this section, I will consider the three wild card options which I as an arm chair analyst want the Indians to consider and select from.

This option was always going to come up. With India signing COMCASA with the US, we know that both countries have gone way past the planned US intervention in the 1971 Indo-Pak conflict. Another fact supporting such a purchase is the growing order book for American platforms for Indian requirements. The list below doesn’t have any fighters but with such coziness in relations, it can happen.

Sadly, I can think of two important factors which can be the biggest thorns in this purchase. Indians recently signed a deal for S400s from Russia. Americans would be wary of selling F-35 and its sensitive tech to a country which has possibly the best mobile SAM system in the world and close ties to the country that makes it. The second thorn could be whether India is ready to let go of its will and be dependent on another country for spares due to centralized maintenance software used on the F-35s. With F-35C being arguably the best naval fighter at the moment, it will be a sound military purchase but a politically difficult one. 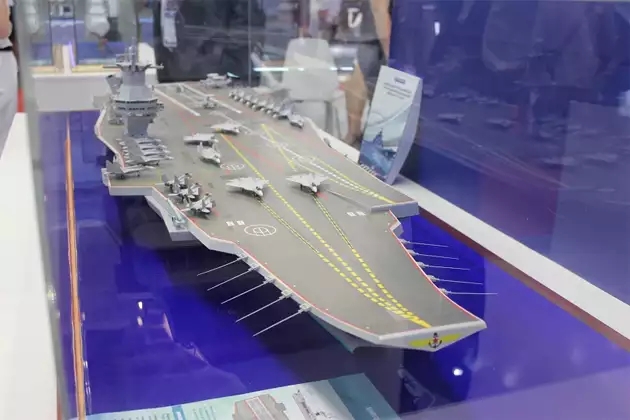 The model showing Su-57K on deck.

It is not hidden that the Russians have plans for a navalised Su-57 as seen above, on their future carrier model alongside MiG-29Ks. Looking at the naval aviation market, this fighter could trump F-35C in terms of internal payload carried and be a suitable match for any challenger in the region. But then again, with the challenges the program is facing and with India not willing to work on the land based variant, it could be a no go.

Honestly, this is the best possible option. Instead of developing a land based fighter first go for a naval one with lessons learnt from N-LCA. There will be no political issues with this purchase and it could be catered to Indian demands. It can be suited for either CATOBAR or STOBAR or both designs unlike the previous two. Although no rumors indicating the development of such a variant exist as of now. A little foresight and fleet planning will surely bring this option up and it will be the best for them.

It is possible that we might never see the kind of proliferation I talked about in the previous section. The thing is, as a planner this is the conundrum they should deal with right now instead of delaying it. It is highly unlikely that they will listen to what I just said. My prediction is that India will procure the Rafale-M or the Hornet and then with the proliferation of 5th gen types do a reactionary purchase of a 5th gen naval type. Will they operate a naval aviation fleet with 3 fighter types, MiG-29K on two carriers, possibly Rafale-M on one or two and a 5th gen type for the next ones. Or will they retire a 15 year old fleet to make way for future aircraft. What is sure is that waiting for a 5th gen type for the next purchase makes more sense and will help them retain the edge and build on it in the Indian Oceanic Region.

Check our other India related articles below