For nearly a century now, Tanks have ruled the battlefield. No land based vehicle has single handedly instilled as much fear of death and destruction as much as a tank. Earliest tanks include the iconic British Mark IV and the German A7V used to break the logjam of trenches in WW1. This gave way to the deadly efficient German Panzers, Panthers & Tigers of WW2 which led the Blitzkrieg. The war was won by mass produced types like the Sherman and the T-34. The Cold War gave birth to the concept of Main Battle Tank, basically a well armed fortress on wheels. Even with such a rich history, the topic of this article suggests they are doomed let us analyse why.

For our article about the Tiger: Tiger I & II: The most feared tanks of WW2

Over the past few decades we have seen a quantum leap in methods and technology to kill a tank. This development took place thanks to the fear instilled by tanks of previous generations. Now a regular infantry man has equipment at a squad level to take out tanks. Such tech was present in WW2 as well but wasn’t as effective. As of now, helicopters, attack jets, drones, infantry and even humble transports like the C-130J have or will have the capability to destroy tanks. Here are the reasons why I think the future of tanks is tanked.

Let us list the number of platforms that have the capability to launch ATGMs i.e. Anti Tank Guided Munitions/Missiles.

Here is a KC-130J Harvest Hawk launching a Hellfire

So basically, anything that is capable of operating over land has atleast one or several types of ATGMs carried with it for killing tanks at will. Traditionally, a missile costs a couple hundred thousand dollars and upgrading them to kill new armour will also be very cheap. A tank usually costs around $4-7 million and upgrading its armour is more labor intensive and time consuming. It means that ATGMs can be nimble in development and take care of any emerging armour tech shortly after it is fielded.

The mantra in the past decade has been to take a 8×8 wheeled vehicle or a light tracked platform and slap on a low power 120mm gun or a 105mm gun. These platforms are used for fire support in mechanized operations where they can be called on to kill enemy bunkers and tanks. Thus they are the modern equivalent of tank destroyers. The tradeoff is that they offer very little protection and are susceptible to high caliber guns and smaller rockets. With diminishing budgets, these vehicles are becoming the go to development for countries as their flagship projects. 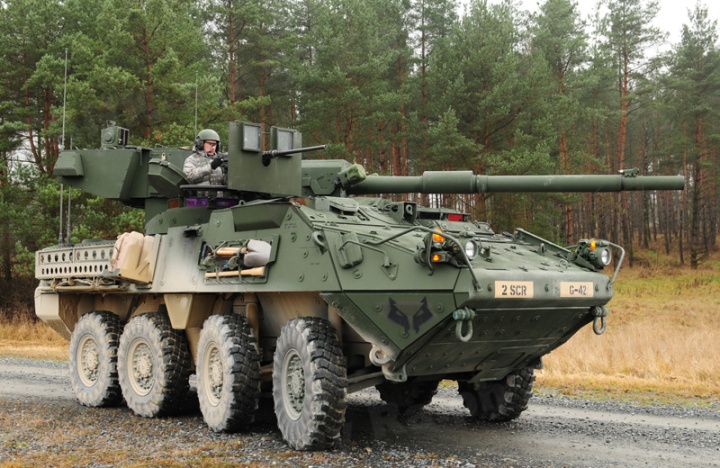 Cities are considered as bane for tanks. Their turrets limit the elevation at which targets can be engaged and thus need either infantry cover or technicals to engage targets at considerable elevation. Combat has seen tactics where snipers have targeted a tank’s sights to blind them and negate any fire power advantage they offer. This along with the use of RPGs means convoys can be halted in their tracks. Countries have developed urban survival kits like the TUSK for the M1 while the Russians have special vehicles designated BMPTs to escort tanks in such contested environments. With growing population, urban areas will grow and reduce the area of operations for tanks which are suited for plains.

This is the most damaging factor for tanks at the moment. Although we are blessed to have no major globe spanning conflicts in the past 70 years, it means defense budgets are at an all time low. This leads to stagnation in rate of development of costly tech thus there is no incentive to make a Leopard 3 or a Challenger 3 since it is possible to counter the new T-14 with upgraded guns and protection. This means that present armour might not receive major upgrade for countries other than the super powers and top of the line ATGMs and anti-tank rounds will slice right through them.

Although they are still in their infancy but they reduce the need to carry around 30 tonnes of passive armour which is weakened by a single hit to one area. Armour is what is now called Passive Protection System, basically its job is just to be there. Active systems can include soft kill systems which jam guidance of incoming munitions to throw them off course or hard kill systems which hit the munition to kill it. These systems, when deployed in numbers can relegate passive armour to museums. An APS can provide a pseudo tank with protection similar to that of a real one making them much cheaper to procure and operate compared to an MBT.

Here is a Namer with combat proven Trophy APS

What is the future of tanks?

The answer was only recently declassified by Israel and is called the Pereh. It is a heavily modified M60 which can carry 12 Spike ATGMs in a popup launcher housed in the turret’s bustle. The advantages are as follows.

Pereh with its launcher stowed 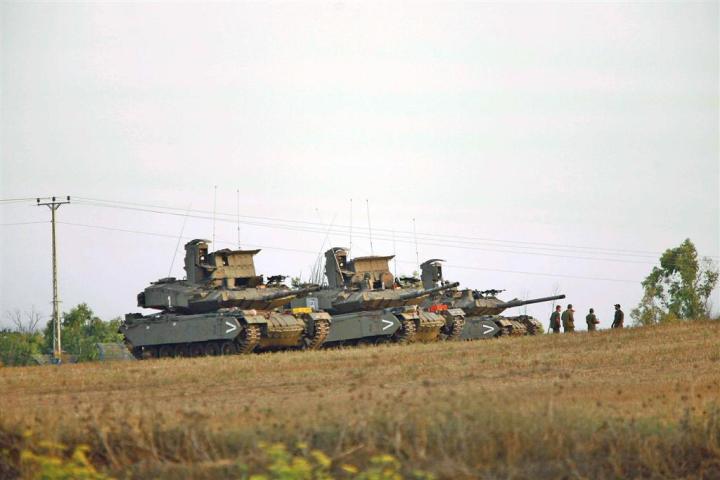 Pereh with its launcher deployed

Hence, I take back my claim that the T-14 is the future of tanks. The Pereh is the true successor of tanks. Missiles replace traditional rounds and the gun to save space and improve protection. Active Protection Systems remove the need for heavy passive armour and a Remote Weapon Station with heavy caliber guns to fight in urban areas. Well, this is my vision of future ready main battle tank!

Here is the link to our other Armour related articles: https://battle-machines.org/category/armour/

One thought on “Tanks & their Tanked Future”